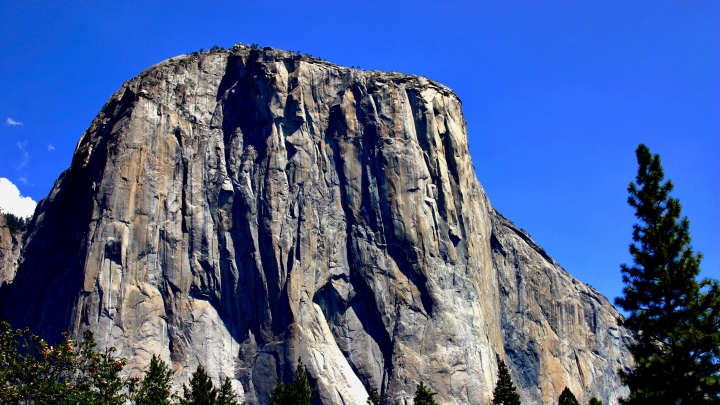 “For You are my lamp, O LORD; The LORD shall enlighten my darkness.
For by You I can run against a troop; By my God I can leap over a wall.
As for God, His way is perfect; The word of the LORD is proven;
He is a shield to all who trust in Him.

“For who is God, except the LORD? And who is a rock, except our God?
God is my strength and power, And He makes my way perfect.
He makes my feet like the feet of deer, And sets me on my high places.
He teaches my hands to make war, So that my arms can bend a bow of bronze.

“You have also given me the shield of Your salvation; Your gentleness has made me great.
You enlarged my path under me; So my feet did not slip. (2 Sam 22:29–37, NKJV)

These words, sung by King David, are part of a song that David composed toward the end of his life. The song is quite lengthy, beginning in 2 Samuel 22:2 and continuing through verse 51. It is a kind of memoir of David’s life, an ode to the LORD, with its primary theme being how the LORD was David’s light, his strength, and his deliverer.

David describes how the LORD is like a lamp in his own life: He brings light to David’s darkness, which, in context, probably refers to how the LORD delivered David time and time again from death at the hands of the Philistines, Saul, Absalom, and everyone else who tried to kill him. The LORD illuminated David’s mind and heart, giving him wisdom on the battlefield and to overcome even the most challenging obstacles in his life.

We, too, have a lamp in the LORD our God. We were in a state of spiritual darkness. But when we surrendered to Christ and trusted in Him, the Light of the World became the Light in our lives, delivering us from the power of darkness and delivering us into the marvelous light of His eternal kingdom (1 Col 1:13).

In the second stanza David shifts his analogy to the idea of the LORD as his rock. The LORD made David into a man of war and used him to lead Israel in subduing the surrounding nations and expanding the borders of ancient Israel. So I think its interesting that David first speaks of the LORD as his rock, strength and power regarding his feet. But a warrior is only as effective as his foundation. And David’s foundation was the LORD God Almighty. There is no surer foundation than the LORD. And with the LORD as our champion, leading us into battle and teaching us the art of spiritual warfare, we need not fear the Enemy. We need only to trust and follow the LORD.

Similarly, our hope for eternal life rests on our foundation in Jesus Christ. He is both the author and finisher of our faith (Heb 12:2), a faith based on the sacrificial love of our Savior who died the death we deserved and payed the ransom for our sins with his death on the cross. A faith secured by a proclamation on the cross, “it is finished.” A faith that was proven true when Christ conquered sin and death and rose victoriously from the grave on the third day.

In both verses 31 and 36, David describes the LORD as a shield—first, as a shield for all who trust Him, and second, as a shield of salvation. With David’s many run-ins with near-death experiences, both as a shepherd (with wild animals) and as King (from enemies trying to kill him), David surely knew first-hand about the saving power of the LORD, Who, as we’ve already mentioned, rescued David from death numerous times throughout his life.

As David surrendered his heart to the LORD Who delivered him from death many times, so we, too, receive the “shield” of the LORD’s salvation when we surrender our hearts to the LORD and trust Him with our eternal destiny. Then, as we learn to trust the LORD daily in our lives, His shield grows from a tiny buckler, barely big enough to protect our souls, to a giant Roman shield capable of deflecting the Enemy’s arrows and inflicting incredible damage when we use it properly in spiritual combat.

So, the LORD is our light, our rock, and our shield. All of these speak to God’s immense power to guide, strengthen, and protect us. And yet, David confesses, it is the gentleness of the LORD that raised him up. There are some who think that God is some kind of sinister overlord, actively checking a naughty list ready to zap us if we get out of line. Well, it is certainly true that God is righteous and just, punishing evil and wickedness. But God’s righteousness and justice flow from His love.

God’s love is so great that He decided to share it. So He created an entire universe and populated it with living creatures to share His love with them. Then, when  we humans rebelled against Him, we received the just penalty of death for our rebellion. But the LORD, not willing to condemn us without a means of deliverance, gave us a promise of salvation, and made good on that promise by sending His One and Only Son to live the sinless life we never could, die the death that we all deserved, and usher in a new era of salvation for everyone willing to trust in the name of the Son–Jesus Christ.